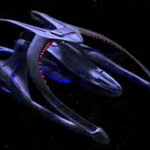 Hi, welcome to Babylon 5 Universal Wiki! Thanks for your edit to the User:Dragonboy546 page. If you need help, read through our help pages or contact a local admin. If there are no active admins here, stop by Community Central and check out our forums.

Looking for live help? Then join us for an upcoming webinar to chat with staff and other Wikia editors. You can also check our Staff blog to keep up-to-date with the latest news and events around Wikia. Lastly, check out the Wikia Video Library, where you can find premium licensed videos to add to the wiki.

All of these links are a great way to start exploring Wikia.

The Second Earth Alliance Civil War was actually mentioned in the TV series but there wasn't much in the way of details provided. It was part of the season 4 finale, which was basically a series of historical clips set between the years 2361 and 1000000. There were two scenes dealing with it. The first was set just as it started and talked about the political views of the two sides. The second was set centuries later and revealed that Earth had basically been bombed back to a medieval level of technology, and named the event The Great Burn We also know from that scene that there are humans off world still working with the ISA because we se an undercover Human Ranger who is working to help Earth's humans regain the knowledge they lost.

What I was trying to do was draw up a scenario for how things got from point A to point B. It was stated that Earth was under the control of the faction that wanted to withdraw from the ISA. It was also stated that when the ISA Loyalists launched their first strike, they had been warned of an impending first strike from the anti-ISA forces, they would only be targeting military targets. IMO the level of damage Earth sustained in the war meant that those first strikes didn't end the war in one blow. There were three possibilities I could see resulting in the devastation we saw after the war. One was that it went on so long or grew so desperate that the Pro-ISA faction abandoned its refusal to bomb civilian targets and carpet bombed the planet. Another was someone on the losing side implementing a scorched Earth policy. The third was some kind of massive accident, and a planetary defense grid seemed he most logical choice for such an accident since e know they have the fire power required and are controlled remotely. We also know that whatever happened the ISA didn't feel guilty enough to intervene to aid Earth's population directly but were willing to provide more subtle forms of aid. To me that suggested either the second or third option for what caused The Great Burn. I went with option three, with a little of two.

Its just a bit confusing cause didn't they blame Sheridan for the Second Earth Alliance Civil War, cause it doesn't make sense sorry just new to this. (Dragonboy546 (talk) 13:28, October 26, 2014 (UTC)Dragonboy546)

Basically on the eve of their planned all out attack on the pro-ISA colonies the anti-ISA faction made a set of holographic AIs of B5's First EA Civil War command staff planning to use those to make a series of films, which they would pass off as newly discovered records from the war, showing Sheridan and the other members of the command staff as anti-Human, pro-Alien war criminals. The Garabaldi AI manages to hack the computer and communication systems of the anti-ISA forces base they are in then broadcasts the plans of the Anti-ISA group to the pro-ISA colonies. The pro-ISA Humans launch a preemptive strike on the military of the anti-ISA forces and that starts the war.

Also a few centuries before the Second EA Civil War there was a popular movement on Earth that was questioning how loyal Sheridan was to Earth and humanity, and whether his overthrow of President Clark in the First EA Civil War and founding of the ISA was anything more then a power grab on Sheridan's part.

Re: What did you think of my articlesEdit

I thought they were really interesting. I'm actually from Oklahoma myself that I'm a few hours from Tulsa and haven't been there in several years.

I'm kind of curious was ere some special significance to you picking an Omega class Destroyer as John's birth place? Just wondering since in most timelines the first Omegas don't come out until years after his birth.

What wrong with place of birth?Edit

Everything I've read on the subject says that production of the Omega class started during the war with the first ships coming into service just after the war. There was a much older ship class, the Nova class Dreadnaught, which looks a lot like an Omega class Destroyer (They were designed by the same company in setting) in service before and during the war though. There was one ship that I actually thought was an Omega when I originally saw In The Beginning but the B5 wiki says that it was actually a Nova class ship.

Most people who haven't studied the setting the way I have probably think that was an Omega though.

RE: RE: John Sheridan saves Earth or wants to rule it?Edit

Yeah we know why he really did it but apparently there were many humans who thought it was a form of power grab after the first EA Civil War and after he vanished those who questioned his motives increased in number. As the 100 year anniversary of the ISA forming approached it apparently became a hot topic, then 400 years later when the EA was divided over whether to keep supporting the ISA it became a major issue again.

Have you seen the series finale? Because exactly what happens to him at the end of the 20 years is covered there and I don't want to spoil it more then I already have if you haven't.

Re: RE: Its been awhile since I've watched B5 series from start to finishEdit

Sheridan takes his ship to where the last battle of the Shadow War was fought. As he's dying Lorien returns and takes him somewhere. A few days later his ship is found with no body in it and sealed from the inside. That causes some people to start believing that he'll return some day.

RE: Are you sure cause the last footage I saw was him in hs death bed on B5Edit

are you sure cause the footage I saw was him on B5 with the Command Staff having one final dinner then he starts to pass on and he is in his death bed and he is taken away by a strange light and B5 goes boom.

My name is Allen Knott. I'm the founder of this wiki. Just wanted to let you know that I'm around and going to try and get more involved in this wiki than I had been in many years. If you need anything just let me know either by e-mailing me at allenknott3@gmail.com or through my talk page. Thanks.Allen Knott (talk) 22:35, July 11, 2018 (UTC)Allen Knott 10:34 PM Wednesday, July 11, 2018 UTC.

Retrieved from "https://babylon5fanon.fandom.com/wiki/User_talk:Dragonboy546?oldid=4566"
Community content is available under CC-BY-SA unless otherwise noted.